The constitutional session was held in Geneva in October 2001. In order to document the long tradition of the group, it has been decided to count upcoming meetings from the first EPOG meeting on.

The first board of EPOS was elected at the 28th meeting of EPOS formerly EPOG in Figueira da Foz in October 2002.

A new president and treasurer was elected at the 9th general assembly in Bad Nauheim. The office was committetd after almost 10 years of service from Birgit Lorenz to Nicoline Schalij-Delfos.

Darius Hildebrand (Oxford, UK) was elected president of EPOS at the 16th annual meeting in Oxford.

The aims of the Society are:

EPOS 2022 will be held at Ludwig-Maximilians-University (LMU) in Munich, the second-largest university and one of the oldest unviersities in Germany. The LMU is also known as the place where the White Rose group of anti-Nazi students (lead by Sophie and Hans Scholl) conducted their campaign of opposition to Hitler’s regime. 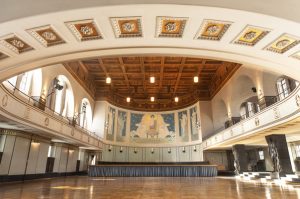 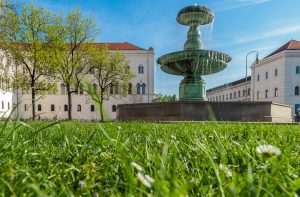 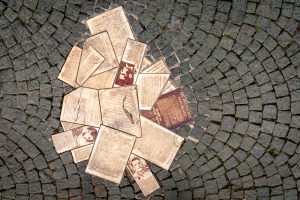 Welcome note by the EPOS president

Dear members of EPOS and friends of paediatric ophthalmology,

I would like to cordially invite you to this year’s 47th Annual Meeting of the European Paediatric Ophthalmological Society from the 8th-9th October 2022 in Munich, Germany.

In collaboration with the EPOS Board, the local organising team of Oliver Ehrt, Claudia Priglinger, Günter Rudolph, Theresia Ring, Lieselotte Rudolph and colleagues at the University Eye Hospital of Munich’s Ludwig-Maximilians-University have put together a really outstanding conference program for us.

After last year’s focus on ‘The importance of the first year’, this year’s meeting continues the theme with an emphasis on ‘Vision problems in school age’.

The conference thus reflects EPOS’ continued mission to advance the field of Paediatric Ophthalmology by promoting the presentation of the latest research to achieve the development and adoption of the best diagnostic and therapeutic practices for all children with ophthalmic disorders and their families.

To encourage young ophthalmologists with an interest in Paediatric Ophthalmology, EPOS will grant again this year Travel Awards and a multitude of Prizes for Best Posters, Best Rapid Fires and Best Free Papers, which will be conferred at the end of the conference.

The conference venue will be the historic Great Aula of the Ludwig Maximilians University in the heart of the beautiful city of Munich close to magnificent museums, cafés and parks to enjoy and relax in.

The Annual Meetings of EPOS provides an efficient way to gain a comprehensive update on the latest advances in all aspects of Paediatric Ophthalmology.

In addition, I hope the 47th Annual Meeting of EPOS will inspire the exchange of many new ideas and strengthen lasting friendships and collaborations among our delegates from all over the world.

We look much forward to welcoming you to EPOS 2022 in Munich !

From lakes, parks and beer gardens to museums, historical sites and massive stores, there’s something for everyone who visits Munich. If you seek the finest beers, the most idyllic views, eco-parks, amazing cuisine, mind-blowing art collections or you just wish to sit in the midst of really great people, a trip to the Bavarian capital is all you need. Sit back and relax while we take you on a rollercoaster of places to visit and things to do in Munich!

Find out more online via https://www.muenchen.de/int/en/tourism.html

The Top 10 sights and attractions in Munich

You can find more information and details for the schedules here:

We recommend to use the public transport system like bus or train as there are barely parking lots nearby the university.

There are some public parking systems which you can use with access to the suburban or underground/subway trains.

Manage Cookie Consent
To provide the best experiences, we use technologies like cookies to store and/or access device information. Consenting to these technologies will allow us to process data such as browsing behavior or unique IDs on this site. Not consenting or withdrawing consent, may adversely affect certain features and functions.
Manage options Manage services Manage vendors Read more about these purposes
View preferences
{title} {title} {title}